I’m a creature of habit and narrow routines. But I’m also liable to faff off to remote places if I get to see this:

I heard about the “Great American Eclipse” of 2017 about two months ago. I was consulting the Internet about local stargazing opportunities and Lo! This year the USA will witness the first Total Solar Eclipse since 1979, said the website. Within twenty-four hours I booked a flight using my long dormant air travel miles and phoned up a friend who lives in the path of totality (Kansas City, Missouri) and asked for a ride from the airport. She agreed and also offered her couch.

It was the cheapest multi-day, out-of-state trip I ever did. $15 for airplane fees, $52 for coffee, food, and pastries. This includes me treating my friend and her husband for lunch, and my friend for breakfast the day of. The food was delicious. So was the coffee except for my last macchiato. 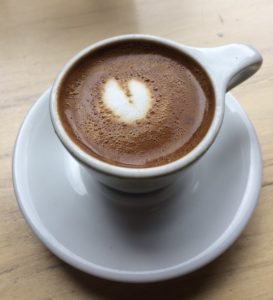 Bitter as poison, but so pretty

Surprises (about the Solar Eclipse)

You know, from the numerous eclipse photos roaming the Internet, I thought it went totally dark when the moon completely blocked the sun. That I would see stars and stuff.

Not so, it turns out. About ten minutes before totality, the sky darkens and the temperature noticeably drops. At totality, its “sun is setting on a clear day” kind of dark, but not “night sky” dark.

I mean, look at this: 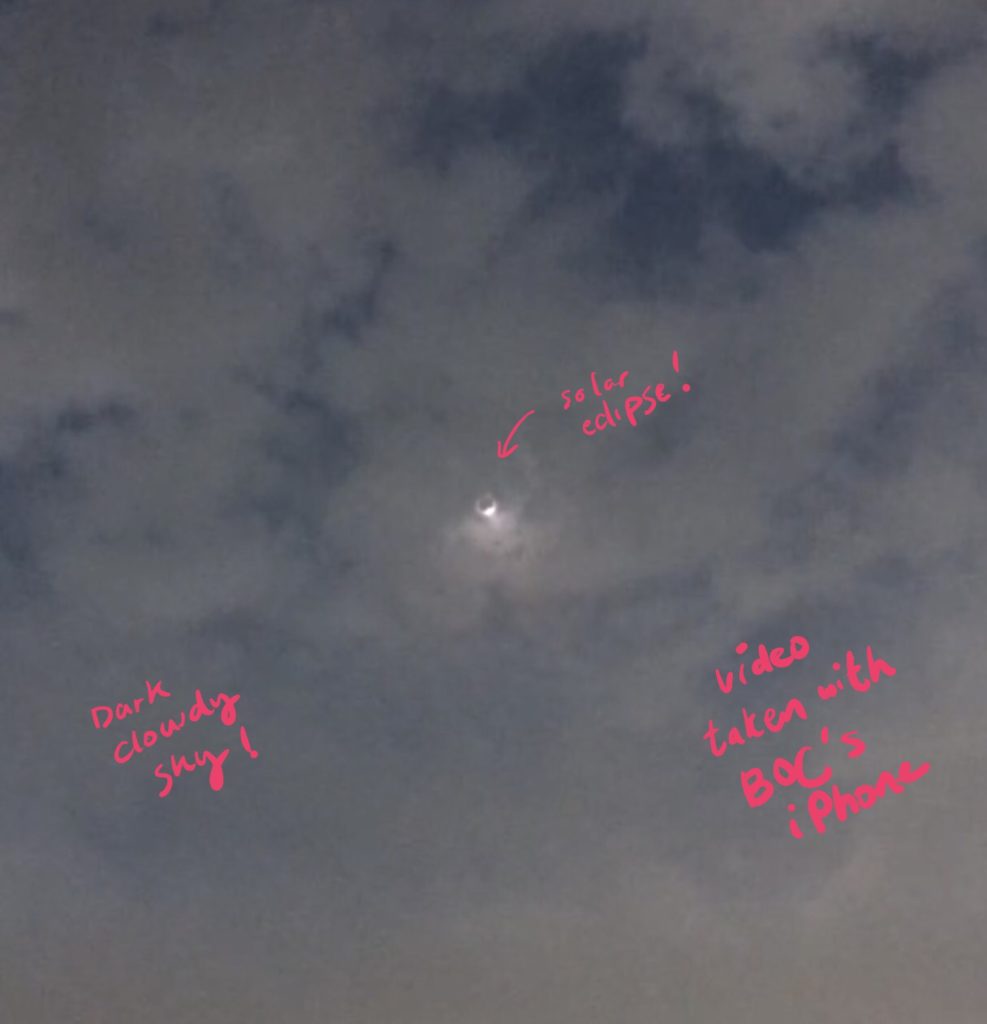 The fuzziness is due to the fact it’s a snapshot of the video I took from the moment of totality. Which lasted 1 minute. The video contains a lot of passionate shouting, including that of my own. (You do NOT want to hear it; it’s embarrassing.)

I returned to the airport elated and satisfied. The airplane seat attempted to destroy my spine, and I made the mistake of trying to read. I felt nauseous for the last hour. I braved public transport and emerged home without vomiting. I call that a win.

I thought I would get a lot of writing done, since I had two empty days to burn before the Eclipse. I even warned my friend that I will be a creepy writer who makes strange faces.

Haha, of course that didn’t happen. I pecked away 1798 words that cannot be used, and then tried my hand at drawing characters, the first time in years. That turned out surprisingly okay: 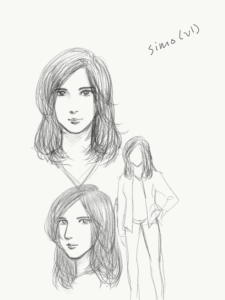 I often pondered if there are certain travel experiences you’re better off enjoying secondhand with pretty, professional photos. I mean, I would love to scuba dive through the Great Barrier Reef, but that would hasten its death. (Despite rumors to the contrary, it’s not dead yet! And I like it to stay that way.)

Total Solar Eclipse, though, that must be experienced in person. You don’t even notice there’s something going on, even at 90% partial eclipse. But it’s happening. Starting 12 at noon, which was an hour before totality, I checked every ten minutes– with proper solar glasses. And I could see the moon covering the sun, slowly but surely. Then, about ten minutes prior to totality, the sky visibility darkens. The temperature drops. You wonder if the sun is hidden in the clouds, but it’s not. When you check the sun through the filters, it’s a tiny orange sliver-shaped like a reverse crescent moon. Then…

… Then the sun turns into a ring of light. 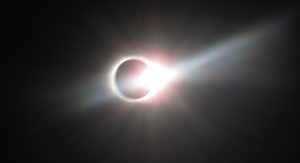 Travel will continue to be hit or miss, I think. Just as books and stories and people are hit or miss. You can never tell. But I will be on the lookout and keep my eyes open to possibilities 🙂 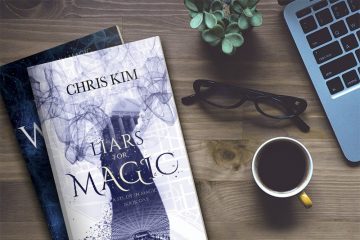 turning a fanfic into a book: picking the right story

Picking the Right Fanfic For this experiment, it made sense to pick A Study In Magic as the basis. It had the richest world, most interesting characters, and the largest number of potential readers. I Read more… 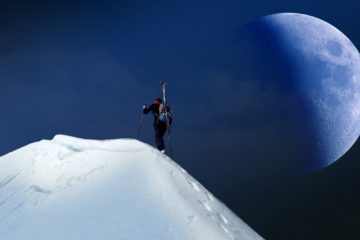 turning a fanfic into a book: the experiment 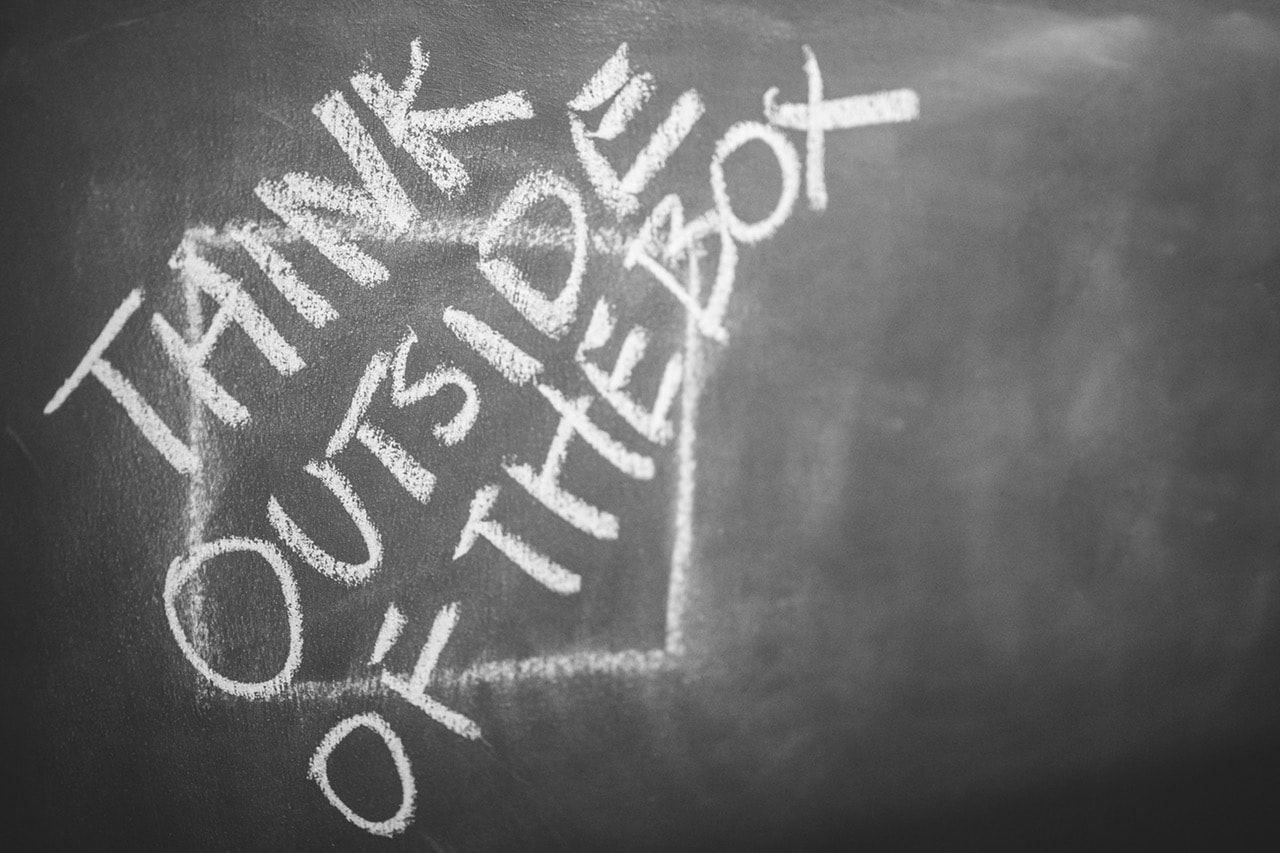 smacking adverbs and other things

Yesterday and the day before, I spent hours cleaning up A Study In Magic. I remember removing a lot of adverbs. Oh boy, so many adverbs. Chamber of Secrets plotline was the worst offender. A literal hundred Read more…